Pros and Cons of Altcoins 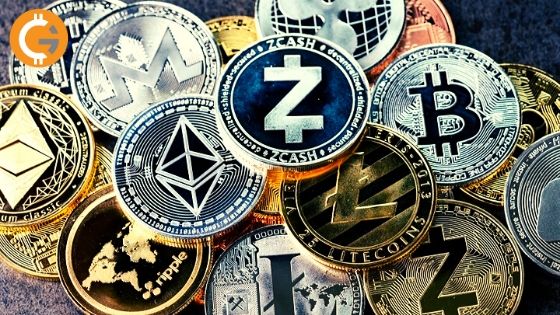 Today there are approximately 5,098 altcoins in the world. Bitcoin is the oldest and most popular digital asset. But every other cryptocurrency is known as an altcoin.

The term collectively refers to thousands of cryptocurrencies in the market, competing to dominate the market. And this is a detailed article about everything you need to know about top alt coins, best place to buy altcoins, where to store altcoins, altcoin prices, altcoin news and much more.

What Is An Altcoin?

The term altcoin is the combination of the words ‘alternative’ and ‘Bitcoin.’ Bitcoin is not termed as altcoin because it covers up to 66.3% of the crypto market. Presently Ripple and Ethereum are the best altcoins in the market. Due to the competitiveness of the market, most of the altcoin fail to survive and disappear within a short timespan. Most popular altcoins in the market are trying to address the limitations of Bitcoins so that they can get a strong footing in the marketplace.

How Does An Altcoin Work?

An altcoin is basically a ledger where all transactions are executed publicly, thereby providing complete visibility. The idea behind these coins is to motivate people to be transparent and mitigate the risk of double spendings.

The ledger is defined as a list of entries within a database that no one can alter without completing particular requirements. A good thing about altcoins is that no one actually owns a cryptocurrency blockchain; rather, it is decentralized. This means that they are self-run and self-administered without interference by outside parties.

Bitcoin vs Altcoins – Know the Difference

When it comes to popularity, Bitcoin wins the batter. It is considered as the best alternative to the Bitcoin cash system. The purpose of its development was to decentralize the financial world and provide a greater degree of transparency.

The main cryptocurrency is encrypted with a complex algorithm called SHA-256. It encrypts the data into a hash with a capacity of 256 bit. The message is impractical to invert without the use of a private key.

It is similar to a password that is only accessible by the owner. Such encryption adds to the security and anonymity of the cryptocurrency transaction.

Pros and Cons of Altcoins

In conventional business transactions, agents, brokers, legal representatives, etc. can create many complications and may even add to the cost of the otherwise straightforward transactions. There are tons of paperwork, commissions, brokerage fees, etc.

This is where the first advantage of altcoins comes in. They facilitate peer-to-peer transactions, thereby eliminating the middleman. This creates greater clarity in building the trails.

Conventional cash/credit systems become a reference document for the credit agency or bank involved in the transaction. Each transaction that you initiate becomes a unique exchange between you and the other party. Additionally, the information of the transaction is executed on a push basis in which you can transfer the transaction amount and nothing else.

Once a cryptocurrency transfer has been verified, you cannot reverse the transaction. This is termed as hedged fraud that needs a certain agreement to be made between the parties with regards refunds in the case of return policy or mistake.

One of the main challenges that stand in the way of large-scale adoption of altcoins is that the concept is complicated to understand. The very notion of a decentralized financial system, which is stored through blockchain, can be complicated, particularly if you are not technologically inclined. Considering the fact that it can be incomprehensible, people are still wary about its adoption.

As a digital technology, altcoins are subjected to cybersecurity breaches and may fall prey to the hackers. Over the years, many ICOs have been breached, costing investors millions of dollars. Mitigating the security risk will need comprehensive upgradation of the security infrastructure. But as of now, security continues to be a looming threat in the industry.

Price volatility related to uncertainty in the inherent value is a serious challenge. These issues can be addressed only when the altcoins are linked to tangible and intangible assets.

While sometimes a part of enthusiastic projects, other times, altcoins are the foundation of a new business. These are more than merely digital coins. These hold the capability of developing unique frameworks to facilitate different applications across various industries.
To facilitate different applications, altcoins are categorized in the following types –

Should You Trade in Altcoins?

Over the last couple of years, there has been significant growth in altcoins. But due to the lack of understanding, people are still wary about it. While investing and trading in altcoins can be risky, they offer high returns.

Cryptocurrencies show massive price fluctuations. While this is risky, if you are able to leverage it correctly, you can get a massive return on your investment. And also, the fact that you do not have to share your money with any middlemen also adds value to its trade.

Undoubtedly altcoin is a profitable domain, but you have to be very careful while making every decision. Along with choosing the top altcoins to invest in, you need to implement the right strategy.

It offers end to end encrypted high security and the service cost offered is very low for this altcoin. It also allows for instant international transaction facilities. The transaction validation for this system’s payment gateway is fully protected and secured. The high-end technologies built with this system makes it one of the topmost secure payment transaction options. The current price of XRP is $0.175546.

CRO is the abbreviation for Crypto.com and was rolled out in the year 2017. Presently Crypto.com has a user base of more than 3 million, owing to the impressive feature it offers. Exchange, Crypto wallet, Crypto.com Cards, credit, earn, and pay are among the prominent features of this altcoin.

Lately, the news of MCO to CRO swap has gained a lot of traction. This will require current holders of MCO to convert their coins to CRO. From last year this cryptocurrency has seen a massive surge. The company has its headquarters in Hong Kong with a team of 120 members. The current price is $0.153859

This project is backed by open-source blockchain technology, which includes both a cryptocurrency and a platform. The Cardano coin is represented by ADA. Presently, it is among the top 20 altcoins in the market. The development of the coin started in the year 2015 whereas the ICO was launched in the year 2017.

As per the reports, it is the first blockchain platform to emerge out of a scientific philosophy as well as a research-first approach. And it is among the first blockchain to be built in the Haskell programming language. Cardano holds strong potential to compete with Ethereum with respect to creating smart contracts. The current price is $0.096598

It is a decentralized cryptocurrency platform designed for lending. Reportedly it was the first-ever DeFi lending protocol in the year 2017. Earlier the project was reckoned as ETHlend and was founded by Stani Kulechov. The project enables users to borrow and lend cryptocurrencies in a trustless manner with a decentralized platform. There is no Anti Money Laundering documentation, Know Your Customer process, or the involvement of middle-man. The lenders put their funds into a pool from which users can borrow. The platform puts a certain amount from each pool as reserves to provide protection from volatility. The current price is $0.556781

Are you looking for something that can provide you with secure trading facilities? Then IOTA would top the chart for you. The intelligent base of this program is fully designed to serve the Internet of things with the most secure facilities out there.

Data is the most important factor in today’s world and IOTA protects that. Protection, control, and management of data are the most interesting security features of this platform. It is absolutely different from traditional platforms when it comes to securing important data. The current price of $0.144128.

Are you looking for an alternative to the regular crypto coins? Try Vechain. The enterprise-level platform allows its users to implement blockchain in instantaneous applications.

It allows users to manage their coins themselves to pay for products they wish to use. Initially, a blockchain changed into a cryptocurrency that circulates automatically; that’s what Vechain is. The current price of $0.003299.

REN is an abbreviation for the Republic Protocol project that has gained a lot of popularity in recent years. The aim of this altcoin is to build a decentralized dark pool to facilitate cross-chain cryptocurrency trading.

It works to change the approach of OTC trading as well as cryptocurrency exchanges. Republic Protocol is a primarily open-source and decentralized dark pool protocol that will enable traders to execute transactions in a secure and private manner.

Users can exchange ERC20 tokens, Ethereum, and Bitcoin via this distributed dark pool. It leverages multi-party computation that develops a matching engine to cross these orders on a decentralized order book. The current is $0.362637.

This project had its private ICO in 2017 along with a small public offering back in January 2018. Zilliqa is the first blockchain that features operating sharding, which enables the blockchain to facilitate linear scaling as the network expands in size.

Post running on testnet throughout 2018, the mainnet was launched last year in January 2019. This is a significant change to how a blockchain attains consensus as the sharding solution scales with the network size of the Zilliqa. While, in theory, there is no limit on the transactions, the platform could process in a second in the practical field there is. The current price is $0.016251

This cryptocurrency project is based out in the United Kingdom, with approximately 50 employees. The project was launched in the year 2017 with an ICO of $140. The altcoin envisions to offer a mobile-first payment solution for the unbanked population of the world. This accounts for over 1 billion people all across the globe. The current price $0.004727.

Altcoins are what substitutes Bitcoin. These are a type of digital currency where each coin has its own set of rules. There are different types of altcoins that include mining-based cryptocurrencies, security tokens, stablecoin, and utility coins. While their prices can be volatile, they offer high profitability.