10 Of Most Private Cryptocurrencies

Coins like Bitcoin use are meant to be secure and anonymous, some coins manage to keep transactions even more private 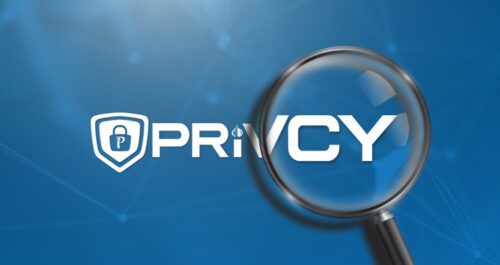 Cryptocurrency has been all the rage in 2021, no doubt in part to the incredible gains that some coins have posted over the past few years. Many investors that had never thought of buying cryptocurrency are now taking a closer look at the asset class. But whereas the financial press mainly focuses on the most popular coins, there are literally hundreds of alternative options in the cryptocurrency space.

Learn: Bitcoin Cash (BCH): How’s It Differ From Bitcoin and What’s It Worth?
Options: Dogecoin (DOGE): What It Is, What It’s Worth and Should You Be Investing?

Many of these coins have advantages over names like Ethereum in Bitcoin, particularly as it relates to privacy. Although the blockchain technology that coins like Bitcoin use are meant to be secure and anonymous, some coins manage to keep transactions even more private. Read on to see how some of these alternative coins achieve this level of security.

A lot of the terms in the crypto world may seem unusual to the casual investor. Beam is a great example, as it uses the MimbleWimble and LelantusMW protocols which operate in the world of confidential Decentralized Finance. Beam is focused primarily on security, as transactions are private by default and addresses are not stored in the blockchain. Although Beam uses the same Unspent Transaction Output model as Bitcoin, Beam’s values are encrypted by so-called “blinding factors,” giving it an extra level of security.

Read More: What Are Altcoins — and Are the Potential Rewards Worth the Risks?

Grin uses the same MimbleWimble technology as Beam, and it is similarly focused on user and transaction privacy. To help ensure privacy, Grin doesn’t use amounts or addresses. To hide the origins of transactions, it first travels among a subset of peers before it is broadcasted. In other words, all transactions appear to be randomized to any outsiders looking in at the data. Grin leverages the cryptography of Mimblewimble to allow prior transaction data to be removed, which, according to its creators, prevents Grin from collapsing under the weight of too much data kept on its chain. In plain English, Grin’s network is compact, easy to download and verify, and is completely anonymous thanks to the removal of certain transaction information.

Find Out: Breaking Down the Basics of Cryptocurrency

Verge Currency was created in 2014 under the name DogeCoinDark. The goal of Verge Currency is to improve upon the original Bitcoin blockchain. Verge integrates TOR, or The Onion Router, which is an IP obfuscation service to help keep transactions secure. According to its creators, Verge is one of the few cryptocurrencies to have multi-algorithm support, using the Proof-of-Work mining principle. For the more technically oriented, Verge has five different hash functions: Scrypt, X17, Lyra2rev2, myr-groestl and blake2s.

Read: Binance Coin (BNB): Why It’s So Interesting to the Cryptocurrency World

Monero is a private digital currency that allows users to be their own bank. The Monero security protocols ensure that outsiders cannot see any individual user’s balances or activity. This is in contrast to more well-known coins like Ethereum or Bitcoin, which have transparent blockchains. According to its creators, Monero is the only cryptocurrency where, by default, every user is anonymous. The amount of every transaction, in addition to the identity of the sender and receiver, is hidden through three specific technologies: Ring Signatures, RingCT and Stealth Addresses. As every transaction is private, Monero can’t be traced.

Read: What Is Chain Link and Why Is It Important in the World of Cryptocurrency?

Zen is the native cryptocurrency of Horizen, which uses Zendoo technology to allow developers and/or businesses to create their own public or private blockchains. Zen is a Proof-of-Work, Equihash-based cryptocurrency that offers two different types of addresses: Z-Addresses and T-Addresses. Z-Addresses are completely private and anonymous and are known as shielded transactions. T-Addresses are public and transparent, used for making Bitcoin-like transactions on the blockchain. Users can choose which type of address they prefer if they want to control their privacy.

Find Out: Where Does Cryptocurrency Come From?

DASH is a payment cryptocurrency that, as the name suggests, is meant to be a nearly immediate form of transfer. DASH is what’s known as a “fork” of the Bitcoin protocol, except it provides additional privacy features and has negligible transaction fees. DASH uses a two-tier blockchain network that includes both miners and masternodes. The purpose of the masternodes is to functionalities such as PrivateSend and InstantSend, which provide both untraceable and anonymous transactions. DASH, created in 2014, was the first private cryptocurrency.

Check Out: Ethereum (ETH): What It Is, What It’s Worth and Should You Be Investing?

If you’re an Edward Snowden fan when it comes to privacy, you might want to take a look at ZCash. In 2017, the infamous whistleblower came out in support of ZCash as “the most interesting alternative” to Bitcoin. As with some other coins, ZCash offers two types of transactions: shielded and transparent. ZCash offers enhanced privacy via “zk-SNARKS,” which stands for “zero-knowledge succinct non-interactive arguments of knowledge.” Although complicated, what matters to the average user is that ZCash tries to improve on the Bitcoin blockchain with enhanced security measures and supports fast block times, low fees and large block sizes.

Read: 10 Best Cryptocurrencies To Invest in for 2021

ByteCoin claims to be the “first private untraceable cryptocurrency.” The coin is powered by CryptoNote Technology, which creates untraceable payments, unlinkable transactions and a scalable blockchain. The ByteCoin blockchain obscures all addresses, and it uses Ring signatures to blend different outputs into one transaction. This enhances security by making it nearly impossible to deduce the source of any money. Bytecoin also allows users to generate one-time addresses from a single set of keys, making transactions and addresses unlinkable.

Find Out: Do You Invest Like These Millionaire Stars?

Firo, formerly known as ZCoin, uses Dandelion Technology to shuffle user IP addresses between nodes in a random number of steps. This helps protect user anonymity. Lelantus Technology allows Firo users to “burn” their coins in an anonymity set of over 65,000, from which receivers redeem coins. This breaks the link between the coin owner and all other prior transactions that were attached to it, ensuring privacy. This is in contrast to coins like Bitcoin, which have public blockchains and previous transaction histories.

Tips: 13 Toxic Investments You Should Avoid

SERO bills itself as “the world’s first truly privacy protection platform for decentralized applications.” SERO is also the world’s first platform that allows anonymous digital assets issuance, which means developers can issue their own privacy coins and use them in DApps. Those that are more proficient in crypt development will appreciate that SERO built the world’s first Zero-Knowledge Proof encryption library, known as “Super ZK,” which is 20 times faster than the latest zk-SNARKS.

This article originally appeared on GOBankingRates.com: 10 of the Most Private Cryptocurrencies To Invest In

10 Of Most Private Cryptocurrencies