Cyberpolygon The Next Global Pandemic 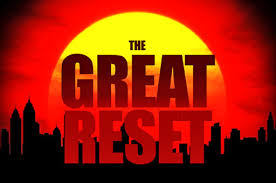 What If The Next Major Cyberattack Targeted The Internet?

If the entire internet was shut down, we would witness an almost immediate global economic collapse.

If you had no food and no money, what would you do?

If the entire internet was shut down, we would witness an almost immediate global economic collapse.

If you had no food and no money, what would you do? 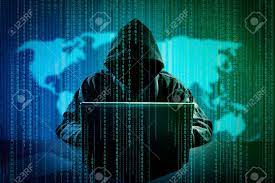 Fund the InfoWar. Donate Now!
Keep up to date with our latest:
EMAIL
Sign Up Now
Have an important tip? Let us know.EMAIL US HERE.

Over the past few months I have been writing analysis on a planned crisis war game organized by the World Economic Forum called “Cyberpolygon.”

The event will be held this week on July 9th, and it’s allegedly designed to simulate a massive cyberattack that somehow disrupts the global supply chain, or at the very least disrupts the supply chain of multiple large economies.

Why am I so interested in this war game?

Well, many of my readers will recall that the last major simulation the WEF and the Bill And Melinda Gates Foundation held was Event 201, a global pandemic exercise which portrayed a coronavirus outbreak spread by animal carriers to humans killing millions of people while forcing the shutdown of multiple first-world economies. Event 201 was scheduled for October 2019 – two months later the exact pandemic scenario they simulated happened in real life, save a few minor details.

Klaus Schwab, the head of the WEF, was very quick to exploit the COVID-19 outbreak as a rationale for the “Great Reset” agenda: A socialist reconstruction of the world’s financial system and political structure that globalists have been clamoring for since at least 2014. Truly, the biggest beneficiaries of the pandemic were the same people that simulated the outbreak only months beforehand during Event 201.

So, of course many people are beginning to wonder if lightning will strike twice for the globalists at the WEF. Will there be a large scale cyberattack that brings down the international supply chain within the next few months? Will there be another miraculous coincidence that destabilizes the world’s trade systems and creates social strife?

Cyber-terrorism is already disrupting the economy

There have already been a few disturbing near-crisis cyberattacks in the past month.

The Colonial Pipeline attack as well as the JBS meat packing attack both had the potential to cause severe supply chain disruptions. The pipeline attack in particular could have created a panic environment had it continued for any longer than a week. Imagine if there was no gasoline to fuel the freight trucks that transport the majority of goods and raw materials across the US for half a month or more? It would be a nightmare, as a majority of Americans have no preparedness supplies and are stocked with no more than a week’s worth of necessities.

That said, I have been considering the adaptability of western supply chains to a cyber event and I’m not so sure another pipeline attack or a similar sabotage would actually harm us for very long. If the goal of the attackers was to create maximum damage, then another target would have to be found. I have been pondering this question for a while now, and it finally dawned on me that the supply chain does not need to be attacked directly in order to break it.

The Fastly outage and Cyberpolygon

Let me explain – In June of this year there was an internet outage event that led to large swaths of the web going dark, including a number of mainstream news sites, Amazon, eBay, Twitch, Reddit and a host of government websites went down. All this happened when content delivery network (CDN) company Fastly experienced a bug. Although Amazon had its website back online within 20 minutes, the brief outage cost the company over $5.5 million in sales (and that’s just one website!).

Fastly identified and fixed the problem within two hours, and continues to claim the outage had nothing to do with a cyberattack. However, it did reveal a huge vulnerability for the internet (what von Clausewitz would’ve called a schwerpunkt). A large portion of the web is dependent on only three CDN companies, including Fastly.

Here is what concerns me: If there was a cyberattack on such weak points in the web, and the attack involved a malicious worm or other highly infectious weapon, then Klaus Schwab could very well get his “cyber pandemic.”

The internet plays a much bigger role in daily life than you might think.

Consider for a moment the vast array of economic functions that are now tied directly to the internet, including the supply chain, retailers, information services and even the stock market. If vital pillars of the web were crippled for weeks on end, an economy already weakened by a year of covid lockdowns might not recover.

So what does the internet power? Professor Matthew Zook of the University of Kentucky has a list:

The internet really is everywhere.

For a high-level overview of the consequences of a total internet failure, Professor Mark Graham at Oxford Internet Institute offers this summary:

If the entire internet was shut down, we would witness an almost immediate global economic collapse. The internet is the nervous system of contemporary globalization. Explicitly digital interactions [like] core banking and payment networks, and so on. But then, even parts of the economy that initially seem relatively disconnected would begin to grind to a halt because of the fact that all contemporary societies rely on long-distance supply chains, and long-distance supply chains rely on the internet. [emphasis added]

That part about long-distance supply chains might not sound so important, until you consider that most people live in cities. Most food is not produced in cities. Supply chains get a lot more important when you’re hungry.

Professor Graham continues, “if there are two things that are guaranteed to cause chaos in the contemporary economy, it is an inability for food to be distributed and an inability for people to access money and the banking network.”

Sit with that for a moment. If you had no food and no money, what would you do?

Consider who would benefit from this scenario and how they would benefit. Just as covid was used as an excuse to quarantine the public from economic participation, and businesses that were deemed “non-essential” were locked down, a cyber pandemic could also be used as a means to forcefully isolate parts of the web that governments do not like.

Alternative news sites like mine could simply be deemed a potential “cyber infection hazard” and shut down while controlled and agreeable mainstream news sites continue to spread propaganda.

The biggest failing of the Great Reset agenda has been that the alternative media exists. We have been effectively countering disinformation about the necessity of the lockdowns. We have also helped to expose the Wuhan lab debate.

The globalists will have to shut us up somehow, and it seems like a cyberattack on the key mechanics of the web might be the trick they need. Or at the very least, they would be grateful for any further “coincidences” that cause their critics to suffer and go silent.

I suggest that readers watch out for the possibility of a global internet collapse, and prepare accordingly. I imagine any people disenfranchised by internet exclusion would have to turn to alternative technologies such as HF ham radio, digital packet modems and ham based internet systems like AMPRnet or Winlink. As a General Class ham I can say that these are probably our best options for a future in which the internet is no longer available or safe for communications.

Possibly ham internet networks could be adapted for transactions, matching buyers and sellers, and could fill in at some level for broken supply chains.

I also would be wary of relying on cryptocurrency systems during an internet-wide cyberattack. Physical commodities like gold and silver coins would be essential as universal currencies in a world where digital trade is either highly unstable or highly restricted according to your politics or a refusal to comply with various mandates.

Maybe nothing will happen in the next few months. Maybe the WEF’s Event 201 was a fluke. Maybe Cyberpolygon will come and go without much fanfare and the warnings of this article will be treated like “doom and gloom” or “chicken little” paranoia.

What I do know is that there has been a considerable uptick in the scale of cyberattacks and disruptions just in the past month, and I know that there are certain people out there that would find great benefit in another global crisis so close to the covid pandemic.

Imaging waking up one day and discovering that your internet access is completely cut off and the only sources you can go to for information are CNN or MSNBC. Imagine how a frozen internet would undermine thousands of retailers and freight networks. The effect would be almost the same as if someone deliberately shut down the electrical grid or hobbled multiple gas pipelines. It’s a possibility we should consider.

Cyberpolygon The Next Global Pandemic 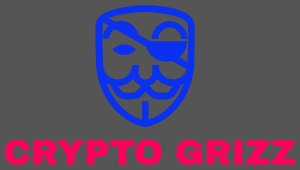