CBDC Will End Financial Privacy Through Censorship and Surveillance

The Global Elite and Banking Cartel have run the global fiat banking system to the point of meltdown. They have planned to bring in the new Central Bank Digital Currency so they can renew their criminal banking syndicate after they implode the current financial system.

This will provide them with TOTAL CONTROL. 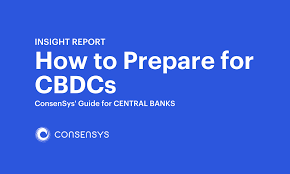 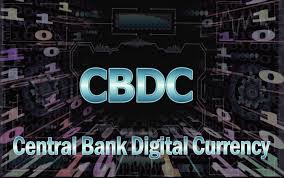 Much is being said by crypto evangelists about the power of decentralized digital currencies to “liberate” people from the constraints of banks, central banks, and governments, and secure unfettered access to their own money; on the other hand, states are looking to centrally harness that power and regulate it in ways that many others fear would mark the rise or strengthening of authoritarianism.

This specifically concerns many countries around the world either considering or moving toward issuing their own, national, centralized digital money. In part at least, this is a way to regulate the otherwise elusive truly decentralized version of cryptocurrencies. Because of the nature of cryptocurrencies that are based on blockchain as a ledger that records every transaction, governments would have unrestricted and easy access, and “command and control” over when, how, and what people do with their money.

Beyond simply keeping an ever watchful eye over what citizens are up to, governments would also be able to decide on more radical and in immediate terms much more damaging moves, such as cutting people off from their money. The world has recently learned through Canadian authorities’ flabbergasting actions when bank accounts of participants in a civil protest were frozen, that this is perfectly doable even without centralized, government-issued digital money.

But imagine if that form of currency were the only one available? The unprecedented level of financial mass surveillance itself would be almost insignificant compared to the potential damage done by replacing all other forms of currency, including fiat money, and cash as one of its manifestations, say critics.

This would remove private banks and physical cash as “middlemen” leaving citizens “alone in the room” – and all the money they have to their name – with the state. And from that point on, they would have to trust that state implicitly and explicitly not to misuse that massive power. But that is becoming a less and less likely option for more and more people, exhausted by, but also wiser to, the various forms of creeping authoritarianism that the pandemic and the response to it has brought in some expected places – like China – but also some unexpected ones, like Canada.

All this is a far cry from the original idea of decentralized cryptocurrencies, supposed to assume the role silver and gold had before the “onslaught” of paper money, and allow for safe, protected, unrestricted and universal transactions.

There seems to be a split globally on where to go with crypto money next, but it is so far very asymmetrical: small countries like El Salvador have gone as far as to recognize Bitcoin as legal tender, but giants like China are moving in a different direction: that of banning crypto mining, and at the same time issuing a digital version of the national currency, the e-yuan.

And China’s not alone: the EU is looking for ways to introduce a digital euro, and the situation’s the same in the US where a digital dollar might be on the horizon.

But when the media covers policies around this issue, the focus is mainly on China and what is seen as the rise of financial authoritarianism there. In truth, China isn’t even trying to hide that it wants to control, from the state level, everything that can be controlled, starting with speech and information. Therefore the idea that the trend would reach money as well should surprise nobody.

For people in other parts of the world, it might be more useful to carefully study the situation there, than to clutch their proverbial pearls over China’s latest transgressions in what are considered human rights and freedoms.

One of the pilot cities chosen to test out the e-yuan is reporting that the main “benefit” observed so far is that this financial system makes it easy to track cash flow, and enforce financial rules. And the end goal, once widely adopted, will be to track all transactions taking place in Chinese society.

Rather than worry about China, some in the West are already wary of the implications of the trend, with critics of the central bank digital currencies (CBDCs) not mincing their words as they are warning that if introduced in the US, the country’s government will show that it’s well on its way to authoritarianism.

CBDC Will End Financial Privacy Through Censorship and Surveillance 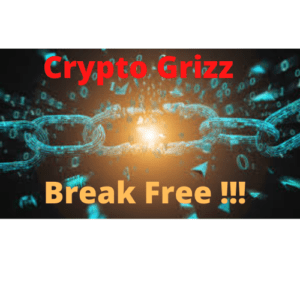