The Search For The Truly Anonymous Cryptocurrency

The process of creating a Truly Anonymous Cryptocurrency involves a number of factors. The process is continuing at a rapid pace right now as you read this.

Popular Privacy Coins: Our Search for the Truly Anonymous Cryptocurrency 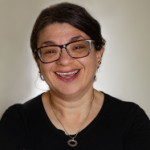 Using a public ledger like the Bitcoin blockchain is like revealing your bank statement to strangers. Any interested person could easily find your Bitcoin address and view all transactions made from that address as well as the amount of money in your wallet. They could exploit that information for dubious ends, like blackmail or marketing scams.

Privacy coins, or anonymous cryptocurrency, on the other hand, thoroughly hides your transaction tracks. They’re like the ATM when it comes to withdrawing cash. The only record they leave is when you use the cryptocurrency digital exchange to buy, sell or swap those privacy coins.

Privacy coins are a type of cryptocurrency that have the same anonymity as cash transactions. When you use a digital exchange to buy, sell or swap your privacy coins, there’s a record that you did so, but what happens in between remains private. Just as when you cash out fiat/ dollar bills from an ATM.

Privacy coins keep your transactions anonymous and untraceable. They prevent outside parties from piecing together your blockchain activity. If seen, malicious actors could threaten you or blackmail you, especially if you’re a large holder.

Others could sell your data to third parties who use them for marketing purposes. Marketers could track and exploit your data history: Who you are, what you do, and what you like.

If you’re a business, or entrepreneur, you may have trade secrets or a list of clients and suppliers you want hidden. That’s partly why privacy coins are so popular that today we have 30 different kinds of privacy coins and growing.

The top coins that constantly hit the celebrity list for privacy are Monero (XML), Zcash (ZEC), Dash (DASH), Bytecoin (BNC), and Mimblewimble (a protocol rather than a coin). Each uses its own privacy method.

Zcash gives you two options: T-addresses which are transparent and Z-addresses that are anonymous, except when you send money to a t-address. In that case, some of the transaction amount is revealed through a theoretical code called ¨zero knowledge proof¨, which assures the recipient that the amount is correct without divulging other information, such as the sender, recipient and transaction amount. (Even Zcash miners don’t know the wallet addresses or transaction amount).

Zcash uses the t- and z-addresses to give the sender four options:

Zcash is fast, secure and, like other privacy coins, fungible, meaning you can exchange Zcash for crypos or fiat. On the other hand, Zcash demands a 20% tax on all coins mined, with proceeds going to an undisclosed location.

For anonymity, Dash uses a protocol called CoinJoin, which essentially combines the coins (or rather the hashtags of coins) from multiple senders into a single transaction. From there, a third-party Dash moderator shuffles the coins and sends the appropriate amounts to each recipient.

Dash confirms transactions in just 2.5 minutes in contrast to Bitcoin´s average ten minutes. It’s also easy to use and it has an organized and democratic operational model. On the other hand, Dash has been criticized for its bugs and security.

Monero uses stealth addresses, where it generates a new address each time you use its money, thereby obfuscating your wallet address. To hide the sender’s IP identity, Monero uses Tor. Monero also conceals the transaction amount via Ring Confidential Transactions. This privacy feature displaces the actual amount sent with a one-time key of random data that’s enough to verify that the transaction is legitimate.  Through these two methods, Monero obscures both your transaction history and spending details. (More recently, Monerao adopted the protocol of Ring Signatures, described under Bytecoin).

As a plus, Monero takes about two minutes to verify a transaction. It’s thoroughly private and there’s no block size limit. On the other hand, Monero absorbs a lot of memory – about eight times as much as a Bitcoin transaction. It’s also notorious as a crypto used by criminals.

Pros: Bytecoin has a dedicated development team, a large amount of contributors and a stable price trend. On the other hand, its wallet has a history of bugs and its coin needs more promotion.

Unlike our other privacy coins, this mechanism is an entirely different blockchain protocol. MimbleWimble is built on the same anonymity benefits as stealth addresses and CoinJoin without the bloat that usually plagues blockchains. Coins that use Mimblewimble are Grin, Beam, Epic Cash and Litecoin.

The Search For The Truly Anonymous Cryptocurrency