This Is Exactly What Is Needed Right Now !!!

We’ve been constantly researching and exploring the complex science that is decentralized governance, finance, and autonomous organization & institutions, to provide you insights into what will emerge as our industry progresses at a staggering pace. We’ve explored privacy, legitimacy, emergent socio-political structures — and we most recently delved into the science and art of launching public blockchains themselves.

With a growing capital rich ecosystem at the cusp of another major phase of maturity this cycle, now is the best time to breakdown what is to come next. The DeFi narrative and its explosion cannot be ignored, and will continue to prosper over the coming months and years; but to align yourself with alpha generating events, you’ll want to watch closely as the “DWeb” meme catches fire, as an interoperable, private, and fluid mix of new protocols start to weave together and boot the decentralized world computer we have all been waiting for.

You’ve likely heard us discuss the decentralized web over the last 2 years with our heavy involvement in the Handshake community, following our investment into it and Namebase — aiding personally in expanding its initial rich ecosystem of supported apps and services with outside capital infusion.

Through the creation of HandyMiner and HandyBrowser, we’ve helped inject FOSS software directly, as well as capital, in order to provide the mining community and the general users improved UI/UX, while showcasing what the Handshake public blockchain is capable of. In a few short months since its launch February 3rd, it has quickly caught the eye of developers, exchanges, miners, and funds who invested in its private sale and post-launch with our assistance via OTC.

Our efforts are an example of what added incentives can do for the rapid expansion of the decentralized web; by working hands-on as developer advocates, product managers, and traders for the community, we have helped ensure the chain’s PoW is secure, and the product-market fit of Handshake is clear by providing a reference browser to quickly experience the decentralized web at your fingertip in minutes — not hours or days.

While we await the pending launch of complementary projects such as Filecoin, we see growing angst as digital privacy is eroded by tech-giants that are held publicly accountable, but will continue to profit lavishly off our innate lack of power online; the time to home in on the new internet is now.

The concerns for the modern web are at an all-time-high, and so it’s no surprise that new AAA projects that folks have been anxiously waiting for are starting to take off, seemingly just in the nick of time.

In the last few years, we’ve seen an increasing amount of:

We will get to a place where our decentralized tooling can assist with all the above, but patience is the name of the game here. It does not come immediately; as a matter of fact, it can’t. The progression must come iteratively so as to ensure its sustainable and scalable/secure.

As we progress out of “Gen 1” of the DWeb, we’re entering new territory ripe with existing Layer 1 & 2 tech, while simultaneously entering a rapid period of advancement in web interoperability. Once “Gen 2” (happening now) is firmly established over the next year, we will see an explosion of decentralized experimentation that will surpass much of our progress the last decade, while pushing us squarely into the hands of the mainstream.

There’s a slew of hard technical and networking problems to solve before the DWeb developer community can collectively build us what we need. Developers struggling with receiving public funding to maintain the commons, while other projects will be unable to find sustainable monetizations models, are issues we mentioned at the start of 2020 would be major going forward this year.

Many developers likely still feel the DWeb space is maturing, and rightfully so. We can attest to that as we ran into many potential future roadblocks while building HandyBrowser to be an acceptable PoC for others to mimic during testing. We built the browser, and quickly realized just how sparse it feels to traverse the decentralized web — classic chicken before the egg problem.

What we need to understand is that this tech is complex, and most don’t understand how the internet works (you’d be surprised how little people care when existing things just “work”). With big expectations around improved user privacy, data sovereignty and censorship resistance, the biggest hurdle developers face is the immaturity of these P2P protocols interoperating together.

Though, we will say we do see a huge interest in developers learning about DNS/data storage/data privacy, their intricacies, and how they can help. As business models improve, and Ethereum/Filecoin/Handshake and others on-board new talent, tackling many of the problems consumers worry about on the web is just a matter of time and awaiting better composability (as seen with the maturity of Ethereum 1.0 and the expansion of new use cases).

A Web of Change

Often than not, there is a really interesting phenomenon that occurs with new low-level technologies focused on revitalizing entire existing industries. Ones that are built to be more generalized from the start will many times fail to gain necessary traction (which aligns with the concerns many have with DWeb lacking native monetization in the offset); it’s only those protocols that are app-specific which will find a niche to scale and then generalize overtime. The DWeb will be no different. Its innate generalizability allows rich experimentation (with public chain incentives), and when we get to that phase, that’s when we will see the app cycle of decentralized apps be taken seriously (though sharp minds will realize this in the coming months).

Many DWeb speculators and developers are preparing by analyzing the protocols that will be most useful in their stacks. Once you find a setup that works, you will become more granular with your product offering and design, finally monetizing through your differentiation and expanding network effect.

When Web1 and Web2 were emerging, we had to bear the brunt of the costs. Setting up infrastructure and scaling it for a fledging internet ripe with growing creative and financial interests with the main priority. With the D-Web (previously referred to as “Web3”), we have to pay the cost of initially bootstrapping and normalizing these protocols, but those that make that effort will also capture the profits that follow without having to be value-extracting by pillaging user data and privacy. But, if our thesis is correct, this is the cycle where many will reap returns larger than ever due to their potential scale and reach, with overhead reduction as the core tenant of it all.

It’s clear to us the DWeb narrative is reaching a major inflection point, and will follow the tailwinds of DeFi into the next cycle as we work to decentralize our protocols, backends, and frontends. The trust in the existing web is eroding increasingly faster by the day.

Although the solutions to censorship resistance, lack of privacy and trust are right around the corner, further experimentation and development of the DWeb meme are necessary before the final barriers to the New Internet are sprung open, inviting a new world of change and enlightenment online. 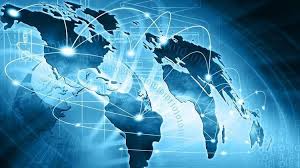