Something Strange About Shanghai Lockdown

Whatever It Is Its Not Good !!!

If you’ve seen the videos of Shanghai city at night, it really looks Dystopian. It is something of nightmares.

Whatever the purpose of the Shanghai Lockdown, it doesn’t seem to meet logic.

It appears to us that this has a tyrannical purpose with a government that has no concern for the welfare of it’s people. 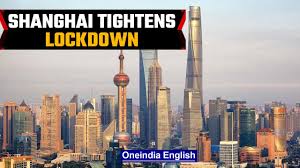 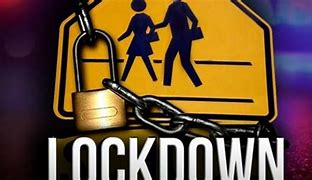 China is overshooting the mark, even for a unilateral state run communist government, and it feels like something odd is afoot.

Make no doubt about it, there’s something seriously disturbing about the state of the recent Covid lockdowns taking place in Shanghai. Even for China.

Here is what the outbreak looks like, if we are to believe the numbers coming out of China. You’ll have to excuse me for being frank, but I simply don’t believe them. China has lied about nearly everything since the beginning of the pandemic, and they certainly don’t have the rest of the world’s best interest in mind now that they are allying with Russia economically.

Rather, I believe the numbers are likely being exaggerated one way or the other (just as I believe China does with their macroeconomic data), in order to meet the needs of whatever agenda the CCP is trying to push.

Here we are, two years into Covid, with ample time behind us to have studied the virus, developed vaccines, boosters and therapeutics and allowed for natural immunity to spread – and China is locking down the city of 26.3 million people at the first sign of a couple cases of Covid.

The actions China has taken to implement this round of lockdowns have been dystopian and Orwellian, to say the least.

For example, according to the NY Times:

China is also, once again, sealing people in their homes. Videos on social media “show trapped residents howling and screaming from inside high-rise buildings at night,” The Independent wrote this week.

Residents in #Shanghai screaming from high rise apartments after 7 straight days of the city lockdown. The narrator worries that there will be major problems. (in Shanghainese dialect—he predicts people can’t hold out much longer—he implies tragedy).

According to social media posts, the city is even using drones to try and calm the nerves of angry residents.

“Please comply [with] covid restrictions. Control your soul’s desire for freedom. Do not open the window or sing,” this drone is reported to be saying.

As seen on Weibo: Shanghai residents go to their balconies to sing & protest lack of supplies. A drone appears: “Please comply w covid restrictions. Control your soul’s desire for freedom. Do not open the window or sing.” m.weibo.cn/status/4755028…

There are a innumerable disturbing things about the dystopian way this alleged outbreak is being handled, but none more pressing is the question of why it is being handled the way it is.

It felt like, heading into the spring, the world was over the idea of Covid. Mask mandates and vaccine mandates were being lifted, businesses were starting to recover and we were heading into the warmth of summer with the attitude that we now knew the risks of Covid and that it was time for every person to take care of themselves.

So, why such a drastic overreaction by China? Why continue the country’s completely irrational and inane “Covid Zero” policy at this point?

It’s simply doesn’t make any sense – even for China. In fact, the country’s extremely dramatic and overzealous response feels so abnormal that it made me wonder yesterday whether China was simply using it as a tool for a state sponsored power grab that it had long planned.

I also wondered if the drastic measures – similar to the measures we saw at the beginning of Covid from China – were a sign that the country knows something about the virus that the rest of the world still doesn’t.

Certainly, nobody thinking reasonably believes such a drastic reaction to this virus, which has already wreaked its first round of global havoc but has settled down and become a way of life in places like Florida and the Nordic states where they’ve allowed herd immunity to run rampant, is warranted.

The Covid response in Shanghai is so insane and asinine given how dangerous Covid is, it’s starting to feel like either (1) the government is using Covid to implement Orwellian rules it had long planned or (2) there’s something about this virus they know, that we don’t, yet.

Yesterday, on Twitter, those were the only two alternate explanations I could conceive of for China’s actions.

But a third wild idea popped into my head yesterday afternoon that I wanted to also bring up.

Something Strange About Shanghai Lockdown