This Is Huge And Much Needed 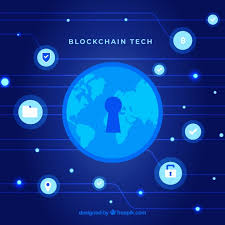 Polygon, the popular scaling solution for Ethereum, and Mina Protocol, a lightweight, smart contracts platform, have announced a bridge to merge the two technologies.

Pitched as the “world’s smallest blockchain,” the Mina Protocol weighs in at just a few kilobytes compared to Ethereum’s 300-gigabyte blockchain. This means that syncing the Mina network is also much easier for the average user; instead of hefty hardware demands, you can run a full Mina node from your smartphone.

It’s able to condense its network to this size thanks to its use of zero-knowledge proofs, a privacy-centric piece of cryptography.

The technical jargon can be boiled down to this: By using zero-knowledge proofs, these types of applications can keep certain features hidden from different parties.

Instead of being able to quickly find who owns the most expensive non-fungible token (NFT) on Polygon, Snapps could hide the owner’s identity. Likewise for sensitive KYC information; a crypto protocol that needs these details could use a Snapp to affirm, without exposing, key information like a passport number or birthdate.

Essentially, developers will now have the ability to include privacy features into any application that they now build on Polygon.

“Building a bridge between Polygon and Mina is an important step towards achieving our shared vision of a fully decentralized ecosystem of dapps that keeps users in control of their data,” said the co-founder of Polygon, Sandeep Nailwal.

The tie-up adds to Polygon’s focus on improving scalability through privacy-preserving technologies. In August, the scalability project acquired Hermez, a scalability solution that uses zero-knowledge rollups, for 250 million MATIC tokens.

At press time, both native tokens of each project are on the up. MATIC, Polygon’s token, is up nearly 5% over the past 24 hours. MINA is up nearly 30% over the same period.