How Fed Keeps House Of Cards From Collapsing

Here is a post I found on my Gab.com account that blew me away. There is pure wisdom here, just read it over a few times and it will make sense. 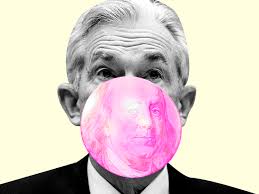 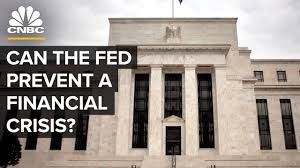 Groundbreaking analysis from a fren that I don’t think ANYONE in the mainstream has figured out, yet.

And it’s so simple.

Dodd-Frank, the set of regulations Congress passed in the wake of the ’08 financial crisis to ensure banks had “adequate liquidity” so they wouldn’t have to bail them out again – has created a new systemic risk, since the value of those same bonds they’re now required by law to hold on their books has fallen dramatically over the past year.

So to provide the liquidity that the banks *need* to stay alive, the Fed has been loaning out literal TRILLIONS every single night for months now, in overnight “reverse repo” loans to all the big banks. And it has to do this, because those mandated bond holdings have imploded.

What does this mean? It means they’re literally playing musical chairs with the biggest economy in the world, and the music could stop at any moment.

Fren recommends looking at shorts sometime in July, possibly the first week. He thinks the markets are still going to pump now, due to a couple of factors, and TPTB basically kicking the can down the road and trying to spin a “peak inflation” narrative, but thinks things will come to a screeching halt when JPow raises rates again in July after Q2 GDP numbers show we’re already in a recession.

But yeah. You’re looking at the very cause of what could not only crash the everything-bubble, but simultaneously kill the dollar. 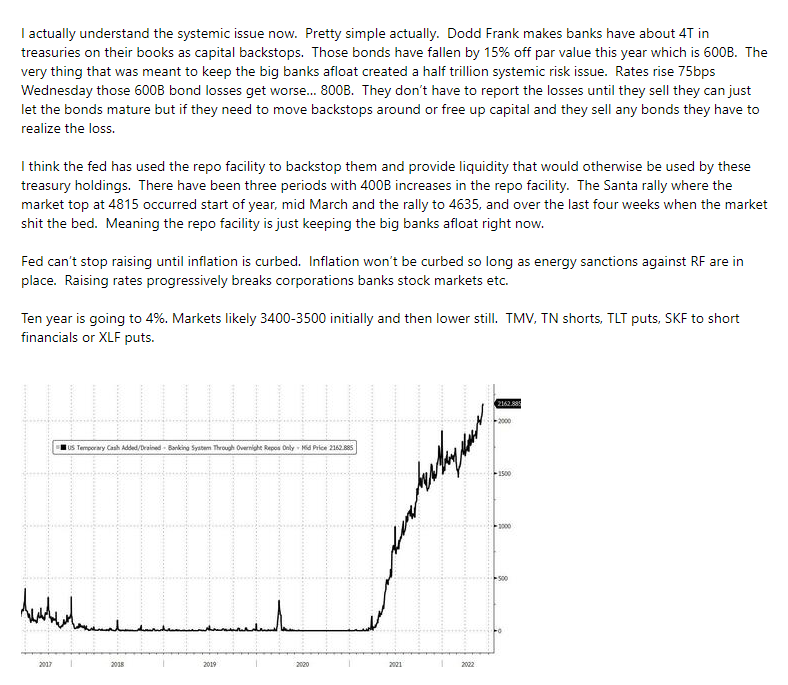