Ethereum 2.0 And The Merge Explained

GAS FEES ARE TOO HIGH !!! has been the problem with Ethereum for quite a while.

Gas Fees are expected to decrease with Ethereum 2.0, but we shall see if this actually happens. 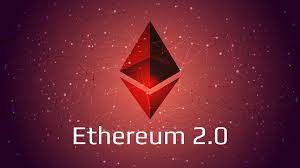 The long-awaited Ethereum 2.0 upgrade is nearing its launch.

The multi-phased upgrade aims to address the Ethereum network’s scalability and security through several changes to the network’s infrastructure—most notably, the switch from a proof-of-work (PoW) consensus mechanism to a proof-of-stake (PoS) model.

Ethereum 2.0, also known as Eth2 or “Serenity,” is an upgrade to the Ethereum blockchain. The upgrade aims to enhance the speed, efficiency, and scalability of the Ethereum network so that it can process more transactions and ease bottlenecks.

But Eth2 also doesn’t totally exist—in January 2022, the Ethereum Foundation said it would stop referring to the upgrade as Ethereum 2.0. The rebrand is intended to reflect the fact that what’s been previously referred to as Ethereum 2.0 is a network upgrade rather than a new network. Accordingly, Eth1 is now known as the “execution layer,” where smart contracts and network rules reside, while Eth2 is referred to as the “consensus layer,” which ensures that devices contributing to the network are acting in accordance with its rules.

However, the name Ethereum 2.0 has stuck. The good news for developers is that the next time someone (usually a reporter) asks them when Ethereum 2.0 is coming, they’ll have an answer: Never. The bad news? They’ll have to get a bit t…

When is Ethereum 2.0 happening?

Ethereum 2.0 is launching in several phases, with the first upgrade, called the Beacon Chain, having gone live on December 1, 2020. The Beacon Chain introduces native staking to the Ethereum blockchain, a key feature of the network’s shift to a PoS consensus mechanism. As the name suggests, it is a separate blockchain from the Ethereum mainnet.

The second phase, called “the Merge,” is expected in the first or second quarter of 2022 and will merge the Beacon Chain with the Ethereum mainnet.

The final phase is shard chains, which will play a key role in scaling the Ethereum network. Instead of settling all operations on one single blockchain, shard chains spread these operations across 64 new chains.

This also means that it will become much easier from a hardware perspective to run an Ethereum node because there will be far less data that needs to be stored on a machine.

The full upgrade to Ethereum 2.0 is expected to take place by 2023, according to the Ethereum Foundation.

How does Ethereum 2.0 differ from Ethereum?

While Ethereum 1.0 uses a consensus mechanism known as proof-of-work (PoW), Ethereum 2.0 will use a proof-of-stake (PoS) mechanism.

How does proof of stake differ from proof of work?

With blockchains such as Ethereum, there is a need to validate transactions in a decentralized way. Ethereum, like other cryptocurrencies such as Bitcoin, currently uses a proof-of-work consensus mechanism.

In this system, miners use a machine’s processing power to solve complex mathematical puzzles and verify new transactions. The first miner to solve a puzzle adds a new transaction to the record of all transactions that make up the blockchain. They are then rewarded with the network’s native cryptocurrency. However, this process can be hugely energy-intensive. What is Proof of Stake? How it Differs From Proof of Work

Mining cryptocurrency is an energy-intensive business. But it doesn’t have to be. The Ethereum community has been working to change how the currency is created in order to radically reduce th…

Proof of stake differs in that instead of miners, users can stake a network’s native cryptocurrency and become validators. Validators are similar to miners in that they verify transactions and ensure the network isn’t processing fraudulent transactions.

These validators are selected to propose a block based on how much crypto they have staked, and how long they’ve staked it for.

Other validators can then attest that they have seen a block. When there are enough attestations, a block can be added to the blockchain. Validators are then rewarded for the successful block proposition. This process is known as “forging” or “minting.”

The main advantage of PoS is that it is far more energy-efficient than PoW, as it decouples energy-intensive computer processing from the consensus algorithm. It also means that you don’t need a lot of computing power to secure the blockchain.

Speaking at Camp Ethereal in March 2022, Lubin said that the impending upgrade will “lay to rest proof-of-work, will lay to rest Ethereum’s carbon or energy footprint problem,” describing Ethereum 2.0 as being “0rders of magnitude less expensive, energetically.”

ConsenSys CEO Joe Lubin talked about Ethereum 2.0 timing and impact, the power of DAOs, and gave his honest take on NFTs, Solana, Polygon, and Biden’s crypto executive order in an extensive fireside chat with Decrypt’s Dan Roberts at Camp Ethereal 2022 in Wyoming.

How will Ethereum 2.0 scale better than Ethereum 1.0?

One of the main reasons for the upgrade is scalability.

The current Ethereum setup has a blockchain consisting of a single chain with consecutive blocks. This is secure but very slow and inefficient. With the introduction of shard chains, this blockchain is split up, enabling transactions to be handled in parallel chains instead of consecutive ones. This speeds up the network and can scale more easily.

How will Ethereum 2.0 be more secure?

Ethereum 2.0 has been devised with security in mind. Most PoS networks have a small set of validators, which makes for a more centralized system and decreased network security. Ethereum 2.0 requires a minimum of 16,384 validators, making it much more decentralized—and hence, secure.

How could Ethereum 2.0 affect Ethereum’s price?

“By the time ETH 2.0 and rollups work together there will be 100,000 transactions per second capacity. That’ll mean a completely seamless experience for the next billion people,” Jamie Anson, founder of Nifty Orchard and organizer of Ethereum London, told Decrypt. Matt Cutler, CEO of Blocknative, is equally optimistic, particularly as gas fees are expected to decrease with the launch of Ethereum 2.0.

Moreover, the ecosystem taking notice of major milestones will reinforce Ethereum developer momentum. “This will have a long-term bullish impact on the price of ETH—notwithstanding the short-term volatility, which is part-and-parcel of crypto-asset valuations,” Cutler added.

The future for Ethereum 2.0

It’s hard to clearly see the future as so much has changed during the journey.

For instance, previous iterations of the roadmap placed the Merge event after the launch of shard chains. That was changed after a “boom of layer 2 scaling solutions,” according to the Ethereum Foundation. Therefore, it said, “the priority has shifted to swapping proof-of-work to proof-of-stake via the merge.”

Back in 2020 Ethereum co-founder Vitalik Buterin laid out a roadmap of how the next five to ten years could pan out for Ethereum 2.0.

The bulk of the challenges, he said, were now “increasingly around development, and development’s share of the pie will only continue to grow over time.”

In June 2020, Buterin noted that Ethereum 2.0 will need to rely on current scaling methods such as ZK-rollups for at least two years before implementing shard chains.

August 2021 saw the deployment of Ethereum’s London hard fork and Ethereum Improvement Proposal 1559 (EIP-1559), which changed how transaction fees work on the network. EIP-1559 sees users who make a transaction on the network pay a base fee that’s burned instead of going to Ethereum miners, reducing the supply of ETH and placing deflationary pressure on the Ethereum network.

Ethereum 2.0 And The Merge Explained